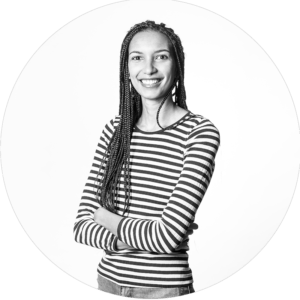 Folkcomedy with a modern twist, live band and loads of classics plus a tiny bit of nudity. We went to the Dorothea theatre to watch their new play!

It was a bright spring night when I was invited to go to the theatre. I have to admit that it is about to be some time since I had last attended a play, and even more so a musical. On weeknights, it is streaming, and going to the cinema in general, but if you want to really have an experience you have to go find something new. Something crooked

Alle Sømænd Er Glade For Piger (All Sailors Like Girls) are premiering on April 3 at Dronning Dorotheas Theater and is written and directed by Marco Goth Thorsen, who is also starring in the play.

With warm popcorn in our hands, the audience found their seats around the checkered tables in the intimate theatre hall.

Queen Dorothea’s Theater is a small theatre with warmth, charm and charisma. With its royal history, its walls and boards are still teeming with passion for the performing arts.

As the title reveals, one will get to experience both sailors and girls on the stage, but I was not prepared to be blown backwards by the bomb of a show the squad had put together.

The inspiration from the 50s and 60s was evident in the light mood and approach to the characters, while the added contemporary features kept the performance sharp and fresh. In the end, it is a play about love in its many expressions, all tied in with a red, and ever-prevalent thread.

No musical without song and music, and in addition to having found some wonderful singing talent for the scene, the music itself also hit the spot. Filled with classical songs, hits and live instruments, it was easy for the audience to break into spontaneous community singing and participate in the festivities that takes place on stage.

Whether you are younger, older or in between, you are guaranteed an amazingly entertaining evening in spectacular company.

Find tickets to the play here:

9. April 2019
We use cookies on our website to give you the most relevant experience by remembering your preferences and repeat visits. By clicking “Accept All”, you consent to the use of ALL the cookies. However, you may visit "Cookie Settings" to provide a controlled consent.
Cookie SettingsAccept All
Manage consent