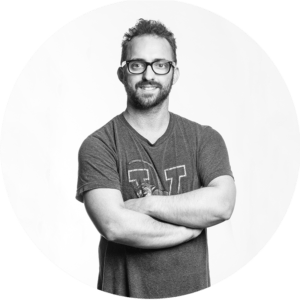 Kolding has always been a handball-city, a capital for handball in Denmark, maybe in all of Scandinavia. But something is happening with soccer in Kolding!

After Kolding FC merged with Vejle in 2011 and the project went down the drain in 2013 due to difficulties in the start-up and poor planning, Kolding IF has shown up like a Phoenix and is now in the top of the 2. division. Om March 13, Kolding IF played the cup quarter final against FC Midtjylland who are no. 2 in the premier league. To anyone not involved in the sport, the cup tournament is carried out like this: all games are make or break games, the loser is out and the winner goes on to the next round and teams across the danish leagues meet each other. In this article, we tell the tale of just that day.

The power balance was noticeable, but Kolding IF arrive with a great deal of confidence from their latest game against Kjellerup, which ended with 5-1 for Kolding on home ground. Moreover, Kolding had, in the previous cup tournaments, beaten both the local rivals from Vejle and the premier league team Randers FC.

The scene was set when we were standing at the very back of the newest tribune and were looking at the field, where we could see the old tribune from 1931, which was filled to the brim with young and more hardcore fans, who had brought roman candles to the game. It gives a feeling that something really is at stake and we’re not just pretending.

It was, however, clear from the start that the sight of young men with roman candles was frightening to see in the sharp contrast with the many families who had brought their daughters and sons to the stadium. Everything seemed chaotic in sort of an organized way and the contrasts were many – young and old, girls and boys, hooligans and something reminiscent of hooligans. A place where everyone could go, whether you love soccer or you just want to be part of something bigger than yourself.

As time went by before the game started, vi looked across the field, the tribune and the small tent with the cup, which discreetly had been hidden away in the corner of the stadium, which in the end, ironically is what this was all about. You could feel the cool air and you could see the bare trees with Plovfuren and Kolding Ådal in the background, well hidden in the shadow of Nordre Ringvej and the slope in the area.
You really felt like you were hidden away from the world while this event, in this moment, was the most important thing right then and there. It was a beautiful evening.

When talking to some members of the audience, among the roughly 6100 attendants, who on this pretty, but chilly March evening have flocked together, side by side, at the old stadium, there is a relaxed excitement and realistic expectations for Kolding IF. Very few gave Kolding many chances, but that doesn’t matter, because Kolding had everything to win and nothing to lose. 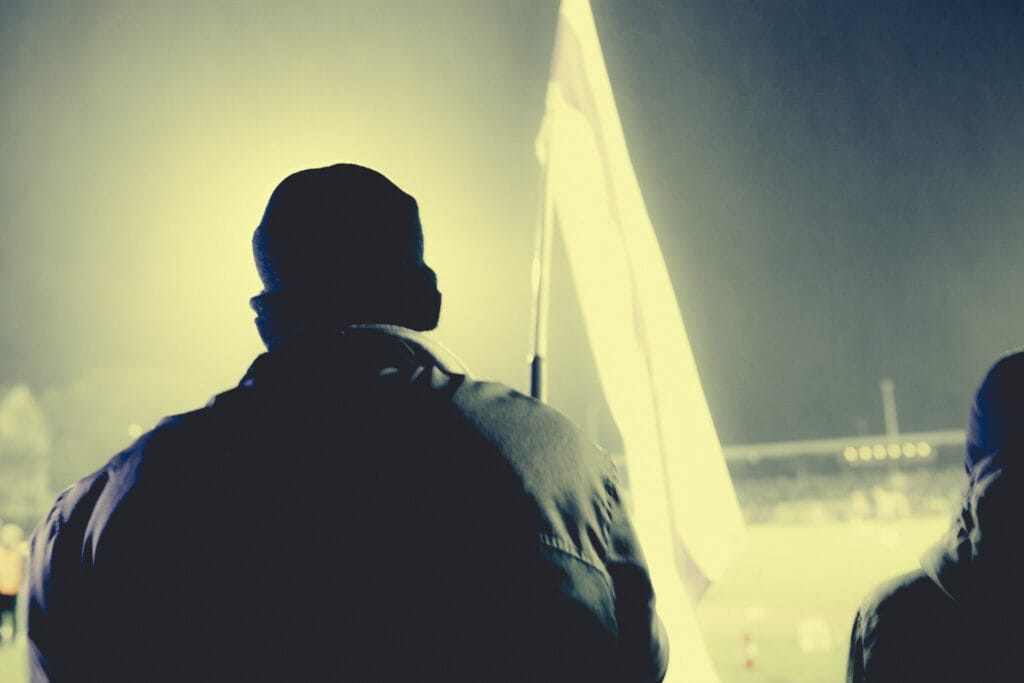 As the 25-year-old Regina told me before the game started, while the bass drum was forcefully hit, people were clapping in the background, and we were standing by the outermost barrier board before the running track around the greensward ”The coolest things is the atmosphere and watching soccer together!”. I can only agree with her, considering the piece of scenery. In the end, she adds that you should come to the stadium and watch a game at an okay level, eve though Kolding is surrounded by premier league cities like Vejle, Haderslev, Horsens and Esbjerg.

I also met the 28-year-old Martin, who had brought his friend with him. I ask him about his first-hand impression, ”It’s unstructured with a 250m line out front, but it’s cozy and the beer is cold, so it couldn’t be better.” JClose to the fence that encircles the stadium, behind Kolding’s goal, I meet father and daughter, 71-year-old Knud Erik and 40-year-old Charlotte who very calmly and composed say that they of course hope for a win for Kolding, while they are sure that the game will be exciting.

The game starts! People’s spirits rise and during the game, Kolding are keeping up fairly well and a few of the chances could have become more. Nevertheless, you wouldn’t think that you were seeing 2nd division meeting the premier league. Midtjylland’s (central Jutland) fans have been hidden away in one side of the tribune and they make constant infernal noise and they have also brought a man to lead the fansongs and shouting.

The game ends with 2-0 for Midtjylland which was probably the expected result, even though you could say that Kolding died with their boots on. 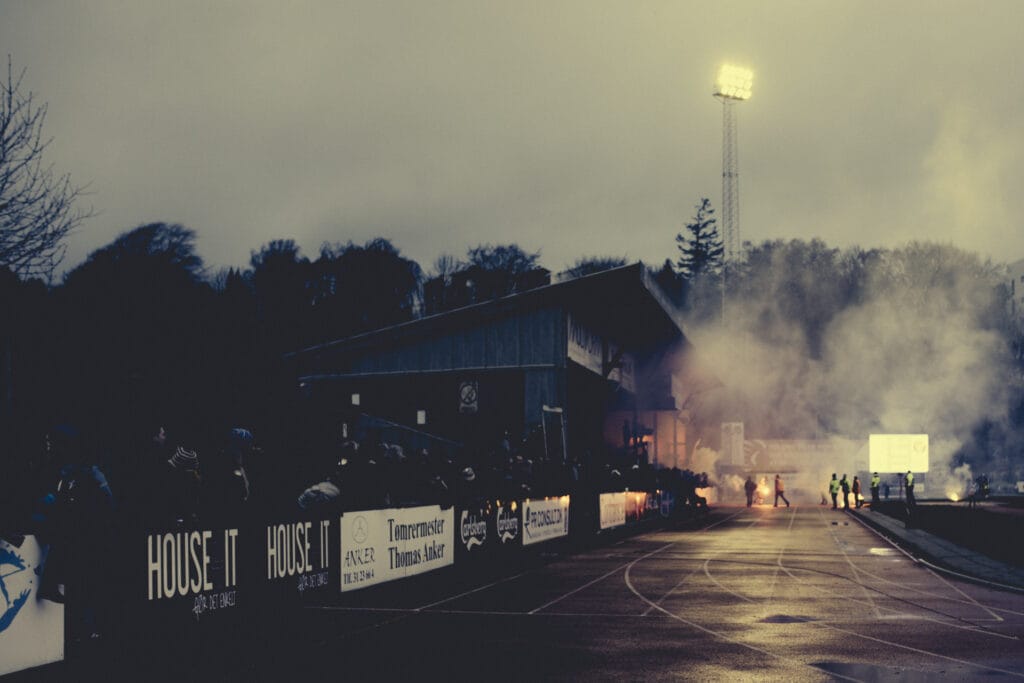 When we left the stadium after the game, we all went down the adjacent streets and the small neighborhoods towards our parked cars, down towards the station or where ever you were going. The trip home felt like a nice ritual and a good way to end a night with lots of expectations and good conversations. It was sort of like returning home after a game. We were there, we fought, we wore our hearts on our sleeves, some were hurt (figuratively), some were there for the first time, others were there for the 120th time. But we were there together and we left the stadium and the event together, and I wouldn’t be surprised if we end up together again for the next game, and like that, everything starts over.

Maybe not a cup tournament against Midtjylland, but maybe a promotion battle before we, hopefully in Kolding next season, play the 1st division

As we were walking, together and apart under the dark blue sky, I couldn’t help thinking that, in spite of the defeat, I was part of something bigger. But who knows how it will turn out next time.

Later that night, when I had trotted up and down the city and down to the local, I was left with the feeling that Kolding is way more than Trapholt, design and innovation. It’s a city where something as simple as a ball and a field can bring the citizens closer together in an amazing way. In the future, if I don’t know what to do one evening, I will definitely check the soccer program and see if there are any games in Kolding. The tickets cost me 100kr and kids under the age of 12 had free entrance, so everyone should be able to join.

Thanks for a great night at Kolding stadium in good company.

THE HIPHOPCULTURE IS ALIVE AND KICKING IN 6000!

3. April 2019
We use cookies on our website to give you the most relevant experience by remembering your preferences and repeat visits. By clicking “Accept All”, you consent to the use of ALL the cookies. However, you may visit "Cookie Settings" to provide a controlled consent.
Cookie SettingsAccept All
Manage consent